from Wikipedia: is the process of disassembly and recovery

After “Eichenriegel” came to the actual musical work, a completely new, surprising aspect: Numerous requests reached Das-Kollektiv.Net, always with the same question: Could we build a remix of one or another song?

This theme was for Das-Kollektiv.Net not previously employed – now the question was present. And so was born next to creating new songs a second task with new challenges: Set your own music in question! Recreate your own music! Designe yourself not only forward, evolve in all directions! Select well!

Do not destroy, continue the musical story and create – MORE!

Thus, a small number of songs was finally remixed in a new form! ReManufactured!

But at the same time the new plant grew – and even if its completion now had to take longer, it already took form: new , powerful and mighty!

So are the words of the song “Moment” message and at the same time new aim to themselves: “Dies ist nicht das Ende!” 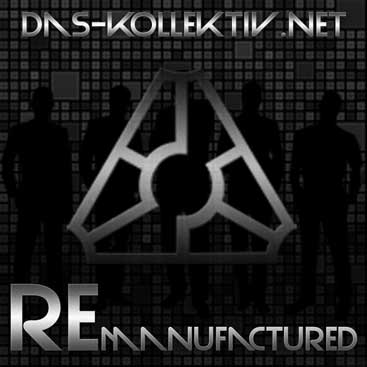