The release of the last album Eichenriegel [2009, Danse Macabre], is only four years back.
On 13th September finally another studio album is ready:
Nahton.

From the start of the new album has a great, fantastic sound – and punishes the first song his own name – he has everything but Massive Schwächen (massive weaknesses)!

The distinctly 80s-influenced sound of Sieben continues with the new Das-Kollektiv.net-Hymn Treu until the Sonnenwinde (winds of sun) carry the listener not only into space but also into memories.

But the dark and melancholic origin of the band is found unmistakably in Ich seh es nicht as much again as in Wer willst du sein, in which case the character of Das-Kollektiv.net is to hear. They are obviously influenced by maybe the best electric sound bands ever, not least recognizable because of the warm sounds of the saxophone.

Between dream and illusion, the album moves through from Von Anbeginn to Kindes Garten, which is obviously related to real events.

Finally, Das-Kollektiv.net really not has to ask for Vergebung (forgiveness ) at least with the penultimate title, certainly not with a view of the intense contact with final song Lauf!
So listen now with all your senses! 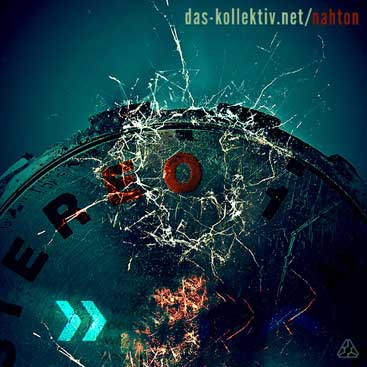