In music, content, technology and personnel Das-Kollektiv.Net has developed over the past four years. A clearer speech in music and content is paired with a modern, auditors and listeners of the project Das-Kollektiv.Net facing approach.

New and more voices carry the music on the dance floor, contents are insistent and go directly into the ear and into the mind! At the same time the musical development of their power unfolds, from the first to the last note of all there songs strong presence.

In content, Das-Kollektiv.Net moves in this album between seemingly generally considered issues such as the idea and claim of religions, joy and frustration in a regulated life or melancholic-sentimental philosophizing on the one hand. Furthermore it will always flash back to the extremely concrete dealing with various topics on how the actual death of the son of a friend, profound human connection over long distances, or, albeit metaphorical, downfall of the strong individual on the high seas.

The whole album helped the formation Das-Kollektiv.Net although a significant increase in brand awareness, particularly in the areas of Eastern Europe and South America. But still Das-Kollektiv.Net wants more than the mere combination of rhythm, melody and text. The aim is to be: create music! Create sound! Evolve!

So are the words of the song “Moment” message and at the same time new aim to themselves: “Dies ist nicht das Ende!” 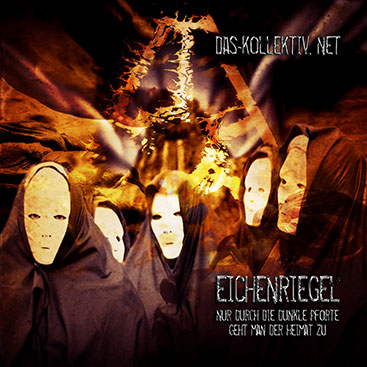